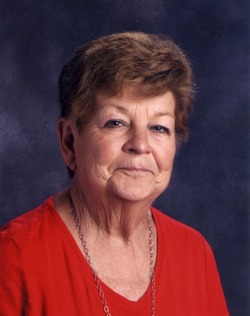 
Minnie Rae Insley (Willey), 71, of Andrews, MD passed away peacefully on September 4, 2017 at Johns Hopkins Hospital with family by her side. Born March 27, 1946 in Cambridge, she was a daughter of the late Selvin and Ethel Willey. In October of 1965, after only their second date, Minnie married Dal Insley of Andrews, based totally on a bet. Making their home in Andrews, Minnie was a homemaker raising their three children. In 1977, she started becoming involved in the school system; volunteering, being a part of the PTA and then substituting. She later obtained a full time position, first in special education and then as an instructional assistant for kindergarten and first grade at South Dorchester K-8 School until the time of her death. Minnie had a passion for helping children learn and she enjoyed all her time spent at SDS K-8. At the school, the majority of the students looked at her as their own grandmother, calling her “Mom Mom Minnie”.

Besides her husband Dal, she is survived by her three children Billie Jo Lagana, and husband Tom, Bobbie Jo Simmons and Dal Insley, Jr., and wife Jennifer; seven grandchildren, Jessie Brown and husband Chris, Ashley Simmons and fiancé Ryan Mitchell, Samantha Simmons and boyfriend Matt, Caitlin Trumbull and boyfriend Tyler, Jake Trumbull and girlfriend Kendall, Landon Insley and Laila Insley; one great grandson, Junior Brown, who was the apple of her eye. She is also survived by Joey, Joel and Trish Hayden, who she considered as grandchildren. Minnie is survived by a brother Paul and wife Phyllis of Georgia; sister Mary Duhamel and husband James of New Jersey, as well as many nieces and nephews. Minnie also held a special place in her heart for her sister in laws, Brenda Willey Bickerton and Goldona Insley. Besides her parents, preceding her in death are brother’s Donald, Randall, Raymond, and Sherman Willey, as well as son in law Eddie Simmons and niece Debbie Grafton.

A funeral service will be held on Friday, September 8, 2017 at the Cambridge Wesleyan Church on Race Street, Cambridge. Visitation will be from 11:00 am to 12:00 pm and the service will begin at 12:00 pm, officiated by Pastor Jack Diehl. Interment will take place at Maryland Eastern Shore Veterans Cemetery. Serving as pallbearers will be Billy Willey, Ricky Willey, Timmy Willey, O’Neil Insley, Jr., Doug Burton and Larry Farinetti, Jr.

Minnie’s life was dedicated to helping the students of SDS, therefore in lieu of flowers donations can be sent to SDS K-8, 3485 Golden Hill Rd., Church Creek, MD 21622.

To order memorial trees or send flowers to the family in memory of Minnie Insley, please visit our flower store.