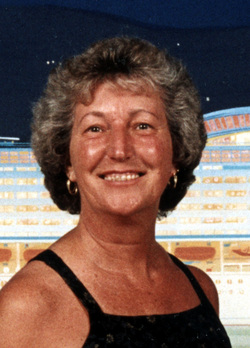 Born October 11, 1941 in Cambridge, Maryland, she was the daughter of the late Herbert Riley North, Sr. and Oseola Abbott North.

Mrs. Willey was a devoted member of Bucktown United Methodist Church and had enjoyed assisting in the organization of the church bazaars and luncheons.

Mrs. Willey retired in 2001 from the shipping department at Airpax.

Mrs. Willey was an extensive traveler and was fortunate to see most of the world. She enjoyed shopping, casinos and attending luncheons with her fellow former co workers. She was proud of her family and loved them very much.

Funeral services will be held at 1:00 p.m. on Thursday, September 30th at Curran-Bromwell Funeral Home, P.A., where the family will receive friends one hour prior to the service. Officiating at the service will be The Rev. Mary Ann Farnell, Pastor. Interment will follow at Bucktown United Methodist Church Cemetery.

To order memorial trees or send flowers to the family in memory of Miriam Willey, please visit our flower store.
Send a Sympathy Card