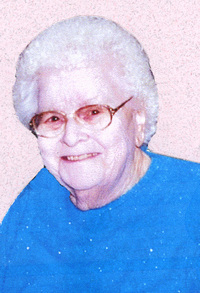 Born on May 31, 1918 in Aireys, Cambridge, Maryland, she was the daughter of the late George Edward Airey and Mattie Faulkner Airey.

Mrs. Shorter was known affectionately as “Mom Mom” to not just her family but to hundreds of children’s lives she touch by either being their foster mother or day care mother. Mrs. Shorter was honored by the State of Maryland for her being the oldest day care provider assisting to raise over four hundred children.

Mrs. Shorter was a charter member of Souls Harbor Church of God.

She was devoted to her church and to all the many children in her life. Mrs. Shorter liked gospel music, singing and playing the tambourine for the children.

Mrs. Shorter had a vast collection of cardinals given to her by the several children she cared for, as they all knew cardinals were her favorite bird.

Funeral services will be held at 11:00 a.m. on Monday, August 18th at Souls Harbor Church of God, Cambridge, where the family will receive friends one hour prior to the service. Officiating at the service will be The Rev. J. Edward King, Pastor. Burial will follow at Dorchester Memorial Park.

To order memorial trees or send flowers to the family in memory of MURIAL SHORTER, please visit our flower store.