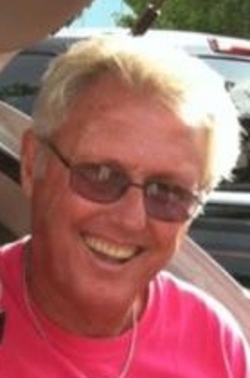 
Nathan Sherwood "Tink" Collins, 67, of Linkwood passed away Sunday, July 28, 2013 at the University of Maryland Shore Medical Center at Dorchester.

Born in Easton, Md on September 29, 1945 he was a son of the late Phillip Lee Collins and Ann DeMeyer Blake and stepson of Lucille Collins and Harold Blake.

Tink attended local schools and graduated from Cambridge High School with the Class of 1964.

On January 6, 1968 Tink and Joan Zimmerman were united in marriage and together raised two beautiful daughters.

Tink was employed with the State Highway Administration Department as a Facilities Maintenance Tech Supervisor from which he retired in 2007 after 30 years of service.

He was a member of the Hebron American Legion, 14th Combat Engineer Battalion Association, Sunnyside Alliance Church, Life member of Vietnam Veterans and VFW #7460, Honorary member of Rescue Fire Company, Linkwood-Salem VFD (43 yrs) which included serving as chief, assistant chief, captain and president as well as truck building and other committees. He was Firefighter of the years 1985, 1991, 1997, 1998, 2010. He received the Metorious Award in 1998. Tink was very proud of being inducted into the Hall of Fame which included Delmarva Vol. Fireman Association (2005), Eastern Shore Vol. Fireman Association (2006) and Dorchester Co. Vol. Fireman Association (2007).
When Tink was not working at the firehouse he enjoyed spending time with his family and extended Linkwood family. Watching NASCAR racing and the Ravens and enjoying a cold Coors Light were some of his favorite past times. Tink touched many lives and was loved by everyone who knew him. He will truly be missed.

Preceding him in death besides his parents was a granddaughter Olivia Morgan Lewis.

A funeral service will be held on Friday, August 2, 2013 at the Linkwood-Salem Vol. Fire Department beginning 12:00 p.m. with Pastor Jim Harper officiating assisted by Adjutant General James Adkins and Chaplain David Tolley. Interment will follow at the Maryland Eastern Shore Veterans Cemetery, Hurlock with military honors. Family will receive friends on Thursday, August 1, 2013 at the firehouse from 5-8 p.m. and an hour prior to the service.

Honorary pallbearers will be membership of Linkwood Vol. Fire Department.

To order memorial trees or send flowers to the family in memory of Nathan Collins, please visit our flower store.
Send a Sympathy Card