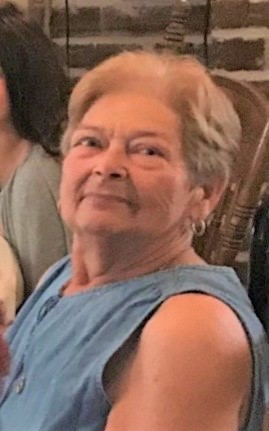 Patricia Ann Baiers, 73 of Cambridge, Maryland formerly of Ridgely, Maryland passed away at her home on Saturday morning, August 22, 2020.

Born on September 15, 1946 in Washington, D.C. she was the first born of the late Jean R. Mangum and Wilbur A. Boteler, Sr. with 9 siblings to follow. They resided in Hillcrest Heights and Clinton, Maryland and were active at Holy Family Catholic Church.

Pat attended Holy Comforter Grade School and Immaculate Conception Academy in Washington, D.C.  She graduated with the class of 1964.

After raising her four children, she went to work for a CPA firm and then as the bookkeeper/accountant for Trinity Church.  She enjoyed spending time with her grandchildren, friends and family.  Playing Bingo with her friends was a highlight in her life along with cooking, baking and crocheting. She enjoyed watching the Washington Redskins on Sunday. She was a parishioner at Saints Peter and Paul Catholic Church in Easton.

Preceding her in death besides her parents and husband is her sister Jeanann Thompson and brothers Scott Boteler and Wilbur (Knobby) Boteler, Jr.

A Mass of Christian Burial will be held on September 2, 2020 beginning 12 noon at Saints Peter and Paul Catholic Church in Easton Maryland with Celebrant Rev. Michael De Angeloni and Rev. Robert Kosty.  Interment will follow the service at Resurrection Catholic Cemetery in Clinton, Maryland. A viewing and visitation will be held 11 a.m. to 12 noon prior to the church service.

In lieu of flowers, contributions in memory of Patricia A. Baiers can be sent to Saints Peter and Paul Catholic Church, 7906 Ocean Gateway, Easton, Maryland 21601.

To share online condolences with the family, please visit  www.newcombcolins.com

To order memorial trees or send flowers to the family in memory of Patricia Baiers, please visit our flower store.
Send a Sympathy Card