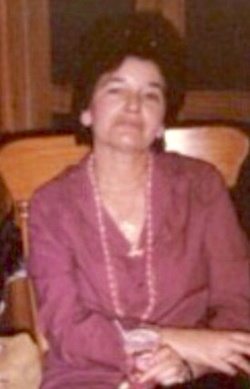 
Patricia “Patsy” Lee Goslin Elzey, 79, of Golden Hill passed away early Saturday morning, March 28, 2015 at University of Maryland Medical Center, Baltimore.
Born in Cambridge on May 27, 1935, she was the daughter of the late Ruth Elizabeth Simmons and Nelson Bertelle Goslin. After attending the local schools she married the love of her life, Harry Sleighter Elzey on November 28, 1952. Together they were blessed with two sons and nearly 60 years of marriage before Harry’s death March 18, 2012.
Patsy had worked with the Dorchester County Board of Education but mostly was a devoted wife and mother. She loved gardening, bird watching and the country life. Patsy worked with her husband Harry on the farm during the summer and in the winter months in the marsh with the days catch. A loving mother, she raised her children to respect others. She was a rather private but caring person, she preferred to shun from the spot light.
She is survived by her sons Richard “Ricky” Olin Elzey, Sr. and William Kim Allen Elzey; brother Nelson Goslin and wife Edna Mae; grandchildren Kathleen Elzey, Rebecca Elzey, Stephanie Elzey Windsor and Richard Olin Elzey, Jr.; great-grandchildren Evelyn Windsor, James Windsor, Jr., Peyton Elzey and Royce Elzey; along with many nieces and nephews.
A graveside service will be held Thursday, April 2, 2015 beginning 2:00 p.m. at Dorchester Memorial Park, Cambridge. Officiating will be her son Kim Elzey and Rev. Barbara Mills.
In lieu of flowers, memorial donations in memory of Patsy can be made to St. Johns United Methodist Church, c/o Mrs. Doris K. Lewis, 3347 Golden Hill Road, Church Creek, MD 21622.
Arrangements entrusted to Newcomb and Collins Funeral Home, P.A., Cambridge, Maryland.
To share memories and send online condolences please visit www.newcombcollins.com

To order memorial trees or send flowers to the family in memory of Patricia Elzey, please visit our flower store.
Send a Sympathy Card