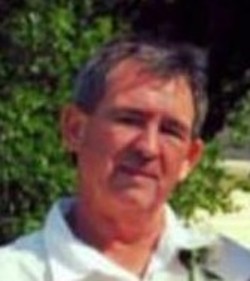 Born on January 6, 1946 in Wilmington, Delaware he was a son of the late Jeanette Willis and George Eaton.

After graduating from high school, Gary served his country in the U.S. Navy as a Medic. He was educated and trained in the U.S. Naval Hospital Corps School and Field Medical Service School. Gary received the National Defense Service Medal and the Vietnam Service Medal w/Fleet Marine Force Combat Operation Insignia.

After his honorable discharge from the service, Gary obtained his bachelor’s degree in teaching and was employed with the State of New Jersey writing Environment Impact Statements (EIS). He was a member of the New Jersey VFW.

Gary married Dawn Slacum on June 10, 2005 and together they raised many fur babies. Anyone who was around him knew he had a love for animals. Gary never met a stranger, if he saw someone in military attire he would walk up to them and an immediate conversation would take place. He was also known for his corny jokes that people would laugh at but really didn’t understand them.

Surviving him besides his wife Dawn is a son Timothy John (TJ) Eaton and wife Patty of Florida; step-son Eddie Slacum and wife Holly of Cambridge and step-daughter Becky Slacum of Hebron; grandchildren Brooklyn & Kaiden Eaton, Sierra Slacum (who he raised as his own), Dylan Heath and Christopher Crouch; step-sisters Susan Davis of Trappe, MD and Betsy VanAuken of Phoenix, MD; step-brother Lou Fehsenfeld; special friend Mary K. Elzey whom he joked about driving “Miss Daisy”.

Gary will truly be missed by his family and friends.

A memorial service will be held on Tuesday, September 27, 2016 beginning 12 noon at the Maryland Eastern Shore Veterans Chapel in Beulah with military honors. Burial will follow in the Veterans Cemetery. Officiating will be Rev. David Wooten, Jr.

To order memorial trees or send flowers to the family in memory of Paul Eaton, please visit our flower store.
Send a Sympathy Card