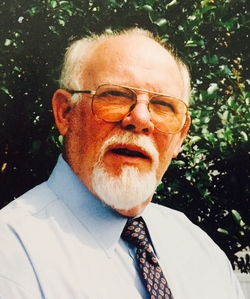 
Paul Leon Webster, Sr., 80, formerly of Cambridge, Maryland, died early Monday morning, March 2, 2015 at his home in Westminster, Maryland with his family by his side.
Born in Crapo, Maryland on November 22, 1934 he was the son of the late Lillian Webster.
Paul attended local schools and graduated from Cambridge High School with the class of 1952.
After his education, he enlisted in the United States Army in 1954 and was honorably discharged in 1956 after specializing in the military police.
On December 10, 1983, Paul and the former Karen Mills were united in marriage. For many years they resided in Cambridge before moving to North Carolina, Reisterstown, Maryland then to Westminster, Maryland where they settled in their home.
Paul owned and operated Sub City Sub Shop in Cambridge along with his wife for 22 years. He enjoyed going to the shop every day and thoroughly loved all of his customers. Prior to this he worked for the Maryland State Police and the trucking business.
He was a member of the Cambridge Elks Lodge, American Legion Post #91 and Company B 709th Military Police Battalion.
Known to his family as “Poppy”, he enjoyed spending time with his children and grandchildren. Woodworking and gardening were two of his favorite hobbies. Poppy could always be found in the summertime riding on his lawnmower. He will be dearly missed by his family and friends.
Surviving Paul is his wife Karen; children Paul Webster, Jr. of North Carolina, Jeff Webster (Penny) of Pittsville, Maryland, Cheri Spangler (Dale) of North Carolina, Teri Klaverweiden of Hebron, Maryland, Richard W. Lake (Wendy) of Finksburg, Maryland and Michael M. Lake (Robin) of Columbia, Maryland; grandchildren Stephanie, Evan and Kelsey Spangler, John Webster, Jill and Jake Klaverweiden, Hannah, Amelia, Michael, Richard and Brittney Lake; sister Aileen Bradshaw (Ronald) of Hanover, PA; former wife Barbara Taylor Webster.
Preceding him in death besides his mother was a grandson, Caleb Meyer Lake.
A Celebration of Life will be held on Saturday, March 7, 2015 from 1-4 p.m. at the Elks Lodge, 5464 Elks Lodge Road, Cambridge, Maryland, with military honors. Interment will be private.
In lieu of flowers, memorial contributions in memory of Paul can be sent to Carroll Hospice, 292 Stoner Ave., Westminster, Maryland 21157, or to a charity of one’s choice.
Arrangements entrusted to the Newcomb and Collins Funeral Home, P.A., 308 High Street, Cambridge, Maryland.
To send online condolences to the family, please visit www.newcombcollins.com

To order memorial trees or send flowers to the family in memory of Paul Webster, Sr, please visit our flower store.
Send a Sympathy Card