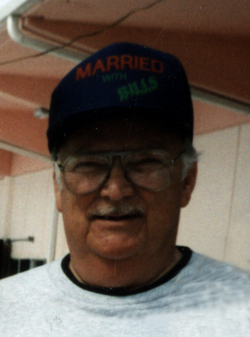 Born on November 2, 1925 in Princess Anne, Maryland, he was the only son of five children to the late Harry Twining and Sally Ford Twining.

Perry worked on the family farm in Princess Anne, Maryland a child and grew to love animals including dairy cows, chickens and other farm animals. He joined the Future Farmers of America and excelled in animal science.

At the early age of 17, he joined the United States Navy where he was assigned to flight school where he was trained as a fighter pilot, however the war ended before he was deployed to carrier duty.

Using the V.A. bill, he attended Dartmouth University and later transferred to the University of Maryland to study poultry nutrition. After graduation he worked at the University while earning his PhD in Animal Nutrition. He served as the Associate Professor at the University of MD Extension Office. During this time he established the Beltsville MD Nutritional Development Center. This center was responsible for the development of the “Beltsville Turkey”, a traditional Thanksgiving meal that families still enjoy today.

In 1958, he married the former Erlyne Hastings.

Dr. Twining moved into the private sector as a consultant for various poultry companies until forming his own company, “Research and Consulting Associates” or RECON for short. He created feed formulation and growth analysis for companies including Perdue, Tyson and other nationally recognized names. This formulation was known as the Calorie: Protein Ration Concept, which involved the effect of energy level of the diet. He was one of the guest speakers at the 1st MD Poultry Nutrition conferences having been recognized at the 25th Silver Anniversary.

As the poultry industry grew and regional companies hired in-house nutritionists, Dr. Twining began traveling worldwide from Europe to South America helping countries with his knowledge until his retirement.

He was a leader in his industry and because of his experimental/nutritional work with the poultry industry he has brought us everything from the ideal Thanksgiving Turkey to the broiler chickens that grow from hatchlings to processing in eight weeks. His work is still a part of our daily lives … from the farm to the dinner table. Dr. Twining is one of Maryland’s quiet heroes, making a difference in the lives of families across America.

Preceding him in death was a son Darryl Twining; three sisters Edna, Edith and Madge.

Funeral services will be held at 1:00 p.m. on Wednesday, August 17, 2011 Curran-Bromwell Funeral Home, P.A., where the family will receive friends one hour prior to the service. Officiating at the service will be Bill Venerable, brother-in-law to the deceased. Burial will follow at the Eastern Shore Veterans Cemetery, Hurlock, MD with Military Honors.

In lieu of flowers, memorial offerings may be made to Mallard Bay Activities Fund, 525 Glenburn Ave., Cambridge, MD 21613.

To order memorial trees or send flowers to the family in memory of Perry Twining, please visit our flower store.