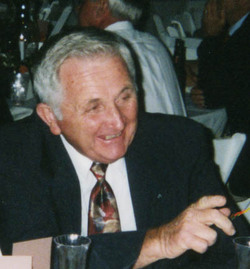 Reg was born in Cambridge, Maryland on August 31, 1937 to the late Captain Norris Owen Lewis and Eastland Moore Lewis. He was raised in Wingate and attended St. Thomas School and Crapo High School. He was a 1955 graduate of South Dorchester High School. It was at Crapo School where he met his childhood sweetheart, Doris Keene, who became his bride on May 5, 1961.

After graduating from high school, he worked for E.I. DuPont De Nemours & Co., in Seaford, Delaware until 1981 when he retired the year after being diagnosed with multiple sclerosis. He was honorably discharged from the U.S. Army after serving in the U.S. Army Reserves. During his youth he attended Wingate United Methodist Church, after his marriage he was a faithful member and supporter of St. John’s United Methodist Church in Golden Hill and served as a church trustee and bible school director. He was also an officer of Coast Guard Auxiliary Flotilla 4-8 for which he performed boat inspections and safety patrols. He was a member of the South Dorchester Folk Museum, the Dorchester Democrat Club and the BPOE Elks Lodge #1272. He was a member of the South Dorchester Jaycees and up until this year assisted with their annual fishing tournament which is currently sponsored by the South Dorchester Community Foundation.

Reg never met a stranger and was well known for his kind and gentle nature. He adored his family and was devoted to all whom he loved. One of his greatest joys was being a grandfather; he was known as “Poppie” by many of his friends. Reg enjoyed attending local dinners and festivals with his family. He enjoyed antiquing and attending auction sales. As long as his health permitted, he was an avid outdoorsman who enjoyed goose and duck hunting, fishing and crabbing. Among his favorite past times was sharing his knowledge of the local area, of skipjacks and his family heritage.

In addition to his wife of 51 years, he is survived by his daughter Helen Lewis Peel of Cambridge, MD; granddaughter Emily Elizabeth Peel of Cambridge, MD; grandson, Matthew Peel of Salisbury, MD. Also surviving are his siblings, Dorothy Shortall of Trappe, MD, Donald (Bud) Lewis (Sherry) of Elkton, MD, Carolyn Harvel (Raymond) of Commerce, GA, Sharon Prahl (Richard) of Cambridge, MD and Doris Meekins (Bruce) of Wingate, MD. He leaves behind three aunts, Edna Lewis Wheatley of FL, Naomi Parks Lewis of Seaford, DE and Rosa Parks Lewis of Church Creek, MD, eight nieces, six nephews and their spouses, numerous great nieces and nephews, devoted cousins and many dear friends. As well, he leaves behind his black lab “Eassie”, his loyal companion who could always be seen sitting beside him in “her” golfcart.

In addition to his parents, he was predeceased by his older brother, Owen Dallas Lewis and his wife Carolyn; his nephew Timothy Shortall; numerous aunts and uncles; his in-laws, Wilimina “Willie” Wallace Keene and Thomas Elsey Keene.

After numerous hospitalizations over the years, Reg made many friends with his caregivers; he received excellent care from the Infusion Team and the staff on the Neuro, Med –Surg and Palliative Care Units at Easton Memorial Hospital. At Chesapeake Woods he was a resident numerous times for post-hospitalization rehab and enjoyed excellent care and compassion from the qualified people who cared for him. His family will remain grateful to those who positively participated in his care.

A visitation will be held on Monday evening, September 24, 2012 from 6-8 p.m. Funeral Services will be held on Tuesday, September 25, 2012 beginning 2 p.m. with a visitation an hour prior to the service at Newcomb and Collins Funeral Home, P.A., Cambridge, MD. The Reverends Chris Pennington and Gary Crouch will officiate. Interment will follow at the family plot at Old Trinity Church Yard.


To order memorial trees or send flowers to the family in memory of Reginald Lewis, please visit our flower store.
Send a Sympathy Card