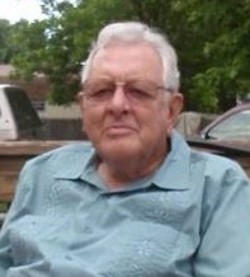 
Robert E. Burgess of Cambridge MD passed away August 2, 2016 at UMSMC at Easton of natural causes. He was 84 years old. Bob was born in Maysville, West Virginia on March 8, 1932, the son of the late Thomas E. Burgess and Nellie Becker.

Mr. Burgess attended schools in Petersburg, West Va. Afterwards he enlisted into the US Air Force. He proudly served his country for four years with two stationed at Chanute AFB, France.

On April 6 1952, Bob married the former Marlene Sage. They were blessed with four children and sixty-four years of marriage.

Bob greatly loved being an outdoorsman; he was an avid hunter and fisherman.

Preceding him in death besides his parents was a son Thomas Burgess.

A memorial service will be held Monday, August 8, 2016 beginning 10:30 am at Newcomb and Collins Funeral Home, P.A., Cambridge. Officiating will be Pastor Steve Bloodsworth. The family will receive friends the half hour prior to the service.

To order memorial trees or send flowers to the family in memory of Robert Burgess, please visit our flower store.
Send a Sympathy Card