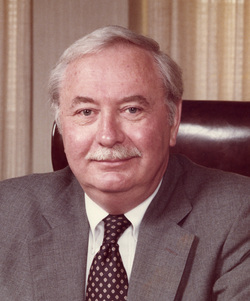 
Robert C. Gormley, who first came to Dorchester County in the 1970’s to enjoy the fishing and hunting, and ending up making his retirement home in 1986, died on February 23, 2013. For many years he owned the Tranquaking Lodge at Bestpitch Ferry in Griffiths Neck where his friends and family were welcomed. He later moved to Corners Wharf Road in the Neck District.

Bob was born in Black Hawk County, Iowa and spent his early years in the farming and ranching areas of Iowa, the Dakotas and Montana. Those were hard times in the drought stricken west, but in his reminiscences, he always recalled it was a pretty good life because everyone was in the same boat. The family moved to Maryland in the early 1940’s where he finished high school at Calvert Hall in Baltimore. When he was 17 he enlisted in the Coast Guard because he had never seen deep water and he thought they didn’t go where the water was too deep. He was sent to Aerology school at the Navy blimp base in Lakehurst, N.J. and then assigned to duty on the North Atlantic patrol with both airborne and shipboard assignments.
On his discharge he enrolled at the University of Maryland, earned a B.S. degree and then a law degree at Georgetown University.

He spent five years as a Special Agent for the Office of Naval Intelligence (now NCIS), then took a position as contract negotiator for a small (300 employee) company in Montgomery County. He would spend 29 years with this weapons engineering and research company as Contract Negotiator, Business Manager, Vice President and for his last seven years before retirement President of the company. The company had grown to have 6000 employees worldwide.

In retirement he acquired a second home in southwestern Montana so he could spend more time at his lifetime favorite activity – fly fishing and also his further reading and study of the “Voyage of Discovery” co-led by Meriwether Lewis and William Clark who are credited with the opening the west by their exploration largely up the Missouri River 1804-1806. Bob’s middle name Clark had been given him out of respect for their accomplishments.

According to his wife he belonged to all of the outdoor organizations necessary to satisfy his “fin feather fur fetish”, including the local Grand National Waterfowl Association in which he served a term as President, several as Corporate Secretary, and as a Trustee of Educational Trust. In a recent interview he was asked which of all those he liked the best, he responded “his long association with the Fly Fishers” of Harrisburg has to be at the top because it has no by-laws, no officers, no dues and no real reason to exist, except that a bunch of like minded guys will have an excuse to get together once a year to have dinner – and talk fishing.”

He is survived by his wife Millie of Cambridge, daughter Barbara Drieu, sons Tim and Kevin and step son Norman Welch all of Montgomery County.
Cremation has taken place. Inurnment will take place in Montana where the Madison, Gallatin and Jefferson Rivers converge to form the Missouri River.
A celebration of Bob’s life for all his family and friends will be held on Saturday, April 27, 2013 from 2 till 4 p.m. at the Cambridge Yacht Club, Cambridge.

To order memorial trees or send flowers to the family in memory of Robert Gormley, please visit our flower store.
Send a Sympathy Card