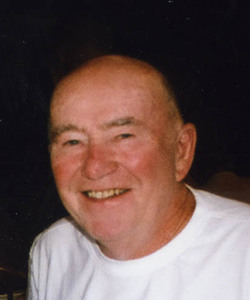 
Robert W. Hearn Sr. 69, of Cambridge, Md., formerly of Lewes De., went to be with God on July 12, 2012. He was born January 19, 1943 at Marcus Hook, Pa. Bob was a loving and devoted husband to his wife Lucy. He was the proud father of Robert Jr. (Mary Ellen) and Joanne Headley (Mark). One of the greatest joys in his life was his grandchildren Sarah, Abbey, Danny, Lindsey and Zachary. He was predeceased by his parents Norval and Josephine Hearn, cousin Isabel Gilger (Harold) and Uncle Joe Krepka. Bob is survived by brothers Jack Hearn (Joy) and Joe Hearn (Dolores), sister- in-law Janet Watson (Jim), brother-in-law John Kane (Darlene), sister-in-law Jean Miskimmon (Kirk), sister-in-law Kelly Hoyle, Jeff Withrow, Aunt Jean Krepka and numerous cousins, nephews, nieces, great nephews, great nieces and friends, especially his best buds Bruce and Jen Rogers.
Bob was a highly respected Tugboat Captain for Maritrans Inc. for over 30 years. He trained many young men to work in the wheelhouse. Many of those men are still out on the water today making a living and prosperous lives for themselves and their families thanks to Bob’s patience and guidance. He loved working on the water and sharing a sea story with whomever would listen. Bob shared his love of the water with his grandchildren by taking them out on his boat and teaching them how to fish. He loved attending their sporting and school events.
He will be deeply missed by his faithful lab Sadie. Whenever you would see Bob out in his truck, Sadie was right beside him.
Bob was known for his kind heart and gentle soul. Anyone who met Bob would say “what a nice man”. Bob always put the needs of others before his own. He was grateful for every day he had with his family and friends. He was a good man, a great husband, a wonderful father and a loyal and devoted friend. The world has lost one of the good guys.
Funeral services will be held on Wednesday, July 18, 2012 at the Newcomb and Collins Funeral Home P.A., Cambridge beginning 12 p.m. with the Rev. Bruce Rogers officiating. Friends will be received by the family two hours prior to the service.
Interment will be held Thursday, July 19, 2012 beginning 11 a.m. at the Gate of Heaven Cemetery in Dagsboro De.
Serving as pallbearers will be Kevin Hearn, Brian Hearn, Jack Hearn, John Kane, Jim Watson, Dave VanPelt, Mike Thomen, Mike Ostrowski and Guy Willey.
To send online condolences please visit www.newcombcollins.com

To order memorial trees or send flowers to the family in memory of Robert Hearn Sr, please visit our flower store.
Send a Sympathy Card