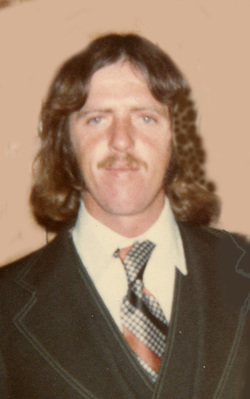 
Roland Francis Rhea, 61, of Hoopers Island, passed away Wednesday, March 25, 2015 at his home in Cambridge.

Born August 26, 1953 in Fishing Creek, he was a son of the late Frances Marie Flowers and William Ivy Rhea, Jr. At an early age Roland would work with his family on the water. After attending the local South Dorchester schools he continued the tradition of his ancestors as a waterman. For over 40 years he harvested the crabs and oysters of Fishing Bay. During this time he also worked at various seafood processors on the Island. The past few years his health no longer permitted him to.

Roland was one who loved everybody and in return you couldn't help but love him. He had a kind heart for all living creatures. His special cat "Stash", he always referred to as his baby. Family and friends will also tell you he really enjoyed food and eating.

A memorial service will be held Saturday, April 4, 2015 beginning 2:00 p.m. at Riverside Wesleyan Church, Fishing Creek. Officiating will be Pastor Charles Hudson.
The family will receive friends the hour prior to the service.

Donations in memory of Roland can be made to either, Dorchester County Humane Society, 4930 Bucktown Road, Cambridge MD 21613 or Kitty City Rescue, PO Box 1259, Cambridge, MD 21613.

To order memorial trees or send flowers to the family in memory of Roland Rhea, please visit our flower store.