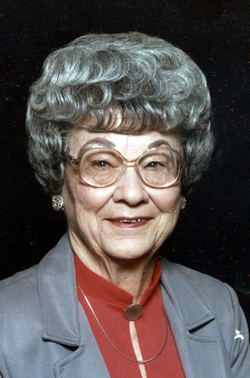 Ruby Jane Smith Moore, age 96, of Cambridge, MD died at her daughter and son-in-law’s home where she resided for the past two years early Thursday morning, October 28, 2010.

Born on Thanksgiving Day, November 25, 1913 in Robbins, Dorchester County, MD, she was the daughter of the late Solomon Smith and Ida Burton Smith.

Mrs. Moore was raised in Robbins and was educated at Robbins Schoolhouse.

Mrs. Moore had worked at Beta Shoe Store, a former downtown Cambridge business and also had been a nurse’s aide at the Mallard Bay Care Center, Cambridge.

Mrs. Moore was a homemaker. She enjoyed taking care of her home and family - especially her grandchildren. Her hobbies were sewing, cooking and traveling.

Funeral services will be held at 1 p.m. on Monday, Nov. 1st at Curran-Bromwell Funeral Home, P.A., where the family will receive friends one hour prior to the service. Officiating at the service will be The Rev. Dr. William Davis, Pastor of Zion United Methodist Church, Cambridge. Burial will follow at Dorchester Memorial Park.

To order memorial trees or send flowers to the family in memory of Ruby Moore, please visit our flower store.