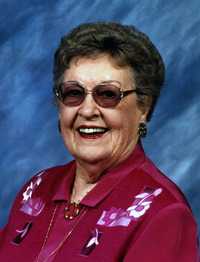 
Ruth James Creighton, age 87, of Cambridge, MD, died at her home Tuesday night, January 20, 2009. Mrs. Creighton lived her life with dignity and died with dignity at home surrounded by her family.

Born on March 5, 1921, Hoopers Island, Dorchester County, MD, she was the daughter of the late George Willey Hall and Blanche Dean Hall.

Mrs. Creighton was raised on Hoopers Island and was a graduate of the Hoopers Island High School, Class of 1937. Her graduating class consisted of five people, one of which was her twin sister.

In her earlier years, she had worked for Caldwell Casting Company.

On July 23, 1938 she married Parvin Spedden James. He died on August 16, 1966. Mr. James owned James Construction and for three years after his death, his wife and son Eddie managed the business.

On November 7, 1970 she married Emmett Hallie Creighton. He died on June 25, 1983. Mr. Creighton was the owner of several rental properties in the community. Upon his death his wife and son Eddie continue to manage the properties.

Mrs. Creighton was quite a business woman. She was known for her determination to succeed in all she did.

Mrs. Creighton loved fashion and shopping. She had been a model for Richardson Style Shop on several occasions. In her younger years she enjoyed volleyball, gardening and traveling. Mrs. Creighton was an avid card player of canasta where she played weekly with friends and with family on Saturday nights. She was a wonderful homemaker, wife, mother and grandmother. Mrs. Creighton was also well known for her love of the Christmas Season. She loved the shopping, the cooking, wrapping of the gifts, sharing the gifts, love and memories with all who entered her life.

Funeral services will be held at 1:00 p.m. on Friday, January 23rd at Curran-Bromwell Funeral Home, P.A., where the family will receive friends one hour prior to the service. Officiating at the service will be The Rev. Sam McWilliams. Burial will follow at Dorchester Memorial Park.


To order memorial trees or send flowers to the family in memory of RUTH CREIGHTON, please visit our flower store.
Send a Sympathy Card