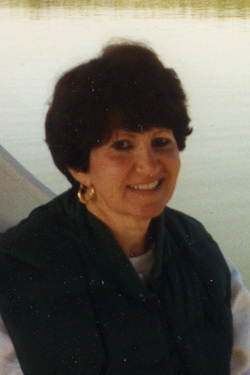 
Sarah M. Balling, 72, of Cambridge, Maryland, passed away Saturday, October 11, 2014 at UMSMC at Dorchester in Cambridge.
Born on June 11, 1942 in Baltimore, Maryland, she was a daughter of the late Ida Rossi and Joseph Barranco.
She attended the local schools and graduated from Dundalk Senior High School with the class of 1960.
On February 20, 1965 Sarah married Richard Balling and together made their home in Kent Island before moving to this area in 1988.
Sarah was a member and attended St. John’s Episcopal Chapel until her health no longer allowed.
Along with her husband she was owner and vice president of an industrial service, House of Balance for forty years. At one time she had a soft-crab shedding business and found out what hard work was. Sarah was a fun- loving person and made people laugh at different things she would do. All holidays were special to her. On Halloween she would dress up and go to the neighbors houses and ring their
doorbell and just stand there until they guessed who she was. Sarah never met anyone she didn’t know.
She also had a love for all animals.
Surviving her besides her husband of 49 years are sisters Ida Marie Reckline and husband Harris, Judy Moffitt, Helen Ward and husband James Jr., JoAnne Grelli and husband Dominic, Rose Crone, Nancy Rocks and husband Albert Jr.; a brother Joseph Barranco; nieces Amy Moffitt, Blanca Romero, Louise Ward, Penny Buckland, Melody Smith, Misty Lucas, Mary Szoke, Tina, Toni and Ashley Barranco, Alanea Tunney; sister-in-law Leslie Southard and her husband Bruce.
Preceding her in death was a niece Lana Moffitt and nephew Frank Tunney.
A viewing will be held on Thursday, October 16, 2014 beginning 11 a.m. at St. John’s Episcopal Chapel, 1213 Hudson Road (Route 343) Cambridge, MD with a funeral service following at 1 p.m. Vicar Paul Winters will officiate. Interment will follow in the church cemetery. The family wishes to invite everyone to a luncheon immediately following the services.
Serving as pallbearers will be Mike Spath, Allen Spath, Cody Downs, Chris Walters, Bruce Southard and Sam Wittman.
In lieu of flowers, memorial donations in memory of Sarah can be sent to Baywater Animal Rescue, 4930 Bucktown Road, Cambridge, MD 21613.
To send online condolences to the family, please visit www.newcombcollins.com

To order memorial trees or send flowers to the family in memory of Sarah Balling, please visit our flower store.
Send a Sympathy Card