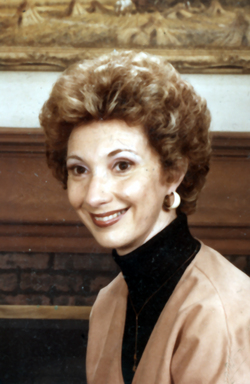 Born on April 16, 1941 in Milford, Delaware she was the daughter of the late Celeste and Harold Clendaniel.

Shelby graduated from Middletown High School in 1959 and immediately married her love, David Moore, in June of 1959.
Eventually, Shelby and her family moved to Cambridge, Maryland. She went on to become an independent insurance agent and worked with John Farrell and Associates.

Shelby’s main joy in life was sharing the ministry with others. She looked forward to the promises of living forever on paradise earth as well as the hope of being united with her loved ones.

Shelby is survived by her devoted husband of fifty-two years, David E. Moore; her sister, Patricia A Clymer of Georgetown; daughter, Kimberly Anne Moore of Salisbury; grandson, Colton David Moore of Salisbury and many cousins, nieces, and a host of dear friends.

Funeral services will be held at 2:00 p.m. on Sunday, August 21st at the Kingdom Hall of Jehovah’s Witnesses, 2616 Cambridge Beltway, Cambridge Maryland.

In lieu of flowers, memorial offerings may be made in Shelby’s memory to Coastal Hospice, PO Box 1733, Salisbury, Maryland 21802-1733.

To order memorial trees or send flowers to the family in memory of Shelba Moore, please visit our flower store.
Send a Sympathy Card