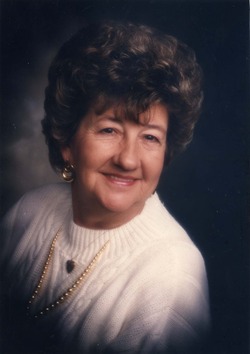 
Shirley Ann Forester, 80, of Hurlock, Maryland passed away on Tuesday morning, April 4, 2017 at her home.

Born September 18, 1936 in Cambridge, Maryland she was a daughter of the late Ella Mae Harding and Cornelius Banning.

She graduated from Hurlock High School with the Class of 1954.

Shirley worked as a bookkeeper at Preston Trucking for 27 years. She later worked at Warwick Rehab and Captain Phips. Her hobbies included playing bingo and bowling. She was a member of the Hurlock Legion.

Spending time with her family especially her grandchildren and great grandchildren was the highlight of Shirley's life. She was known for saying what was on her mind and everyone knew it! She will truly be missed by all who knew and loved her.

Services will be held on Monday, April 10, 2017 at Newcomb and Collins Funeral Home, P.A., Cambridge beginning 1 p.m. Officiating at the service will be Dennis Gilliard. Interment will follow at Unity Washington Cemetery in Hurlock. Family will receive friends one hour prior to the service.

Honorary pallbearers will be Aaron and Trent Gilliard, Tanner and Jake Coulbourne and Kemp Tregoe.