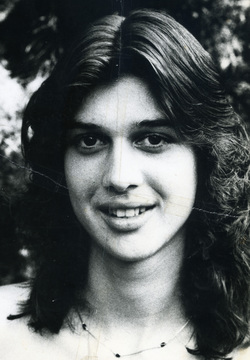 Shirley Robbin Foy, 48, of Cambridge, passed away Thursday, January 10, 2013 at the Mallard Bay Care Center, Cambridge.
Born in Milford, DE on February 27, 1964, she was the daughter of Shirley Timmons Kowarsch and the late Charles Downs.
Robbin attended local schools in Delaware and later moved to Maryland with her family. She was the manager of Family Dollar in Hurlock and worked up until her health no longer allowed her to.
She enjoyed working with crafts, going to the beach and spending time with her children and grandchildren. She was always ready to go for a boat ride with her son David.
Surviving Robbin besides her mother, are three sons David Carrier II of Hurlock, MD, Kyle and Cody Downs of Cambridge; two daughters Maria Bailey of Hebron, MD and Kasi Downs of Cambridge; four grandchildren, K’lyn and Sean Downs, Kole Bailey and Bailey Downs; brother John (Bill) West Jr. and wife Deborah of Gumboro, DE; sister Donna Glasgow and husband Christopher of Millsboro, DE; daughter in law Stephanie Pete; special niece Jennifer Weaver; step father Dieter Kowarsch and several nieces and nephews.
Preceding her in death besides her father is a daughter Danielle Downs who died April 29, 2011.
A funeral service will be held Monday, January 14, 2013 beginning 2 p.m. at the Newcomb and Collins Funeral Home, P.A., Cambridge. Family will receive friends two hours prior to the service. Officiating will be Pastor George Wheatley and Pastor Abe Lankford. Burial will be held at a later date.
Memorial contributions in memory of Robbin can be made to the Sean and K’lyn Downs Trust Fund, Talbot Bank, 424 Dorchester Avenue, Cambridge, MD 21613.
To send online condolences, please visit www.newcombcollins.com.


To order memorial trees or send flowers to the family in memory of Shirley Foy, please visit our flower store.
Send a Sympathy Card