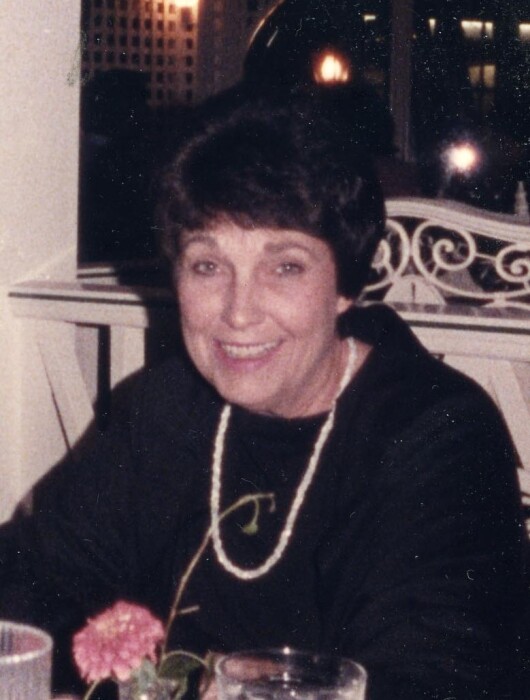 Born in Cambridge on December 28, 1932, she was the daughter of the late Eldridge William and Myrtle Willey Hurley.

On March 16, 1955 Shirley married Cyrille “Cy” Pritchett and they made their home in Cambridge.  They enjoyed 59 years of marriage and were known as the best dressed couple in town.  Cy died on June 11, 2014.

Shirley worked at the Department Of Social Services in Cambridge for many years before retiring in 1992.

She was a member of the Cambridge Elks Lodge, Cambridge Yacht Club, American Legion Post #91 and the VFW Post #7460.  Shirley was an avid reader and enjoyed crocheting.

She is survived by her son Jeffrey S. Pritchett and his wife Cory of Cambridge; sister-in-laws Lauralee Hurley of Connecticut, Kay Jones of Virginia and Janice Pritchett of Cambridge; aunt Florence Anstine of Cambridge, several nieces and nephews and numerous cousins.

Preceding her in death besides her parents and husband was a brother William “Sonny” Hurley and brother-in-law Ray Pritchett.

A private funeral service will be held at Newcomb and Collins Funeral Home, P.A., Cambridge with Rev. A. Delmer Willey, Jr. officiating.  Interment will follow at Dorchester Memorial Park.

In lieu of flowers, contributions in Shirley’s name can be sent to Baywater Animal Rescue, 4930 Bucktown Road, Cambridge, MD 21613.

To order memorial trees or send flowers to the family in memory of Shirley Pritchett, please visit our flower store.