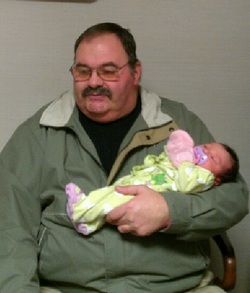 Born on February 25, 1956 in Cambridge, MD. He was the son of the late Doris Ann Hurley and Henry Goldsborough Murphy.

Steve was first and foremost devoted to his family. He loved fishing and hunting, sharing those passions with his friends and family.

Steve is survived by his wife of 33 years, Caroline (Sherri) Phipps Murphy; son Mark Murphy; daughter Katie Murphy; and grand-daughter Aubrey Brannock, all of Cambridge. In addition, he is survived by one brother Danny Murphy of Cambridge; two sisters, Dori Weber of Cambridge and Wendy Daudt and her husband Rod of Seaford, Delaware and several nieces, nephews, aunts and uncles. Also surviving is his mother-in-law Betty Phipps of Annapolis.

In addition to his parents, he is also predeceased by his father-in-law Louis N. Phipps, Jr. and several aunts and uncles.

Visitation will be held at the Newcomb and Collins Funeral Home, P.A., Cambridge, Maryland on Sunday, January 6, 2013, from 6:00 – 8:00 PM. Funeral services will be held at Grace United Methodist Church in Cambridge, on Monday, January 7, 2013 at 11:00 AM. Officiating will be Pastor Christina Blake. Interment will immediately follow at Dorchester Memorial Park, Cambridge.

In lieu of flowers, memorial contributions in Steve's name may be made to the American Diabetes Association, 2002 Clipper Park Road, Suite 110, Baltimore, Maryland 21211.

To order memorial trees or send flowers to the family in memory of Steven Murphy, please visit our flower store.