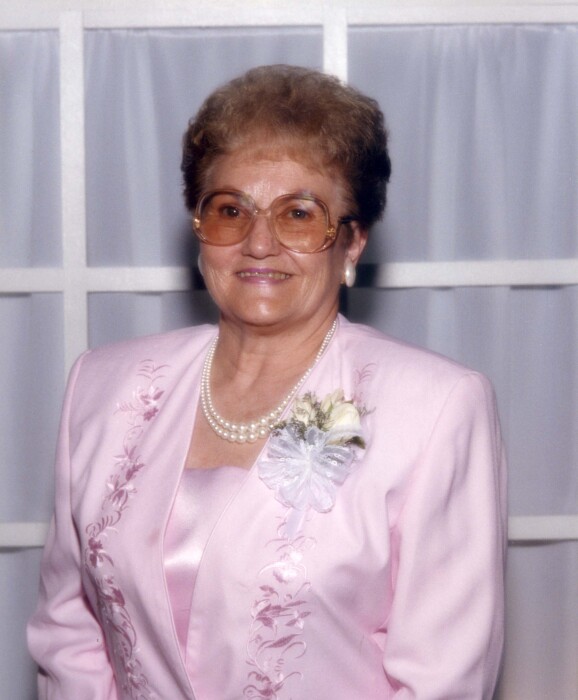 She was born February 27, 1930 on Hoopers Island to the late William Jennings and Alberta Creighton Simmons.

Thelma attended the local schools and graduated from Hoopers Island High School with the class of 1947.

On September 13, 1947 she married the love of her life Paul Alton Hooper and together raised five children. They made their home on Hoopers Island for 70 years. Alton died on March 11, 2000 and after the death of her husband Thelma moved to Cambridge.

Thelma, beginning as a young child, worked in the local crab picking houses and loved every minute of it. She considered it hard work but also looked at it as great social time with her friends on the island.

She was quite the seamstress and enjoyed making elaborate outfits for dolls. Thelma was an excellent cook and baked awesome cakes and pies. She would make pies for the Artisan Fair and they would be sold out before the fair would even start.

Family dinners were a big part of Thelma’s life. She made everything from scratch, did not believe in canned or boxed food products. She would remember what each family member liked for desert and they could be assured their favorite desert was prepared just for them. She also was an avid reader. She will be dearly missed by her family and friends.

Preceding her in death besides her parents and husband were sisters Dorothy Simmons and Freida Fannin; brothers Jennings H. Simmons, Sr. and Edwin Simmons.

A funeral service will be held on Thursday, December 30, 2021 at Newcomb and Collins Funeral Home, Cambridge, beginning 12:30 p.m. with Rev. Doug Ridley officiating. Family will receive friends an hour prior to the service.

To share condolences with the family, please visit www.newcombcollins.com

To order memorial trees or send flowers to the family in memory of Thelma Hooper, please visit our flower store.