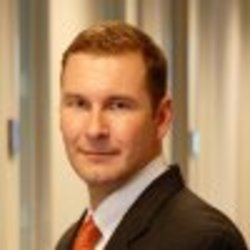 Thomas Gill Bosley, 40, of Overland Park, Kansas passed away suddenly at his home on May 13, 2013. He is survived by his three sons Thomas Beiter Bosley, Jackson Charles Bosley and Daniel Quinn Bosley, his sister Marilee Bosley Walter and husband Trent L. Walter, nephew Finn Walter , his parents Tom and Mary Jo Bosley of Hoopers Island, grandmother Frances Bosley of Baltimore, aunts, uncles and many loving cousins. He is also survived by his former wife and friend , Jennifer Beiter Bosley.
Tom was a graduate of Dulaney High School in Baltimore County , Syracuse University, New York and earned his M.B.A. from Salisbury University’s Purdue School of Business. He married Jennifer Beiter in Ocean City , MD and they went to Chicago where Tom began his career with General Reinsurance Company which lasted over 17 years. His work took him to the Kansas City area where he was the Property Branch Manager, Senior Underwriting Specialist, and then Vice President/Global Team Leader for Electrical Generation. He belonged to many professional associations and loved to help coach his son’s sports teams.
While growing up Tom spent his summers on Hoopers Island working at Old Salty’s Restaurant and as a helper on a crab boat. It is fitting that he will be buried at St. Mary Star of the Sea Church Cemetery where he worshipped with his family.
A Mass of Christian Burial will be offered at 11:00 a.m. on Saturday May 18th with a family visitation at 10:00 a. m. preceding the liturgy. Tom will be buried in the adjoining church yard after the services.
If memorials to honor Tom are desired, the family would appreciate they be sent to the Star of the Sea, Golden Hill Foundation, Inc. P.O. Box 187, Fishing Creek, MD 21634
Arrangements entrusted to the Newcomb and Collins Funeral Home, P.A.
To send online condolences to the family please visit www.newcombcollins.com

To order memorial trees or send flowers to the family in memory of Thomas Bosley, please visit our flower store.
Send a Sympathy Card