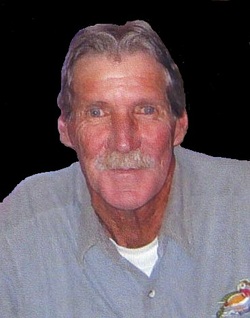 Born in Cambridge on October 3, 1952 he was a son of the late Dorothy Dail McClain and Carroll Thomas McClain, Jr.

He attended the local schools and graduated from Cambridge High School with the Class of 1970.

After graduation, Tommy learned the masonry trade from his Dad and worked as a bricklayer. The love of the water was always calling his name. Tommy was a hard worker and loved making his living working the waters of the Choptank and Hudson Creek on the “Miss Mary Ann”. He enjoyed every minute of being out on the water and the lifestyle offered by living in the Neck District. One of the events he looked forward to every year before his health started to decline was the Cambridge Power Boat Regatta. He would fill the “Miss Mary Ann” with his friends and spend the weekend just having a good time watching the races. When not working Tommy enjoyed watching NASCAR. He was a fun-loving guy who never gave in to life’s adversities. Tommy will truly be missed by all who knew and loved him.

Surviving him is a brother, Dale McClain and wife Kendra of Ragged Point, a sister Beth M. Wilson and husband Brett of Rhodesdale, a step-brother, Kenneth Frosch, a step-sister, Sharon Sweet, a special friend Laura Blumenauer, a life-long friend Kemp Cave and several nieces and nephews.

A funeral service will be held on Monday, April 17, 2017 at Newcomb and Collins Funeral Home, P.A., Cambridge beginning 1 p.m. with Pastor Mark Avens officiating the service. Interment will follow at Dorchester Memorial Park.

Family will receive friends an hour prior to the service.

To order memorial trees or send flowers to the family in memory of Thomas McClain, please visit our flower store.