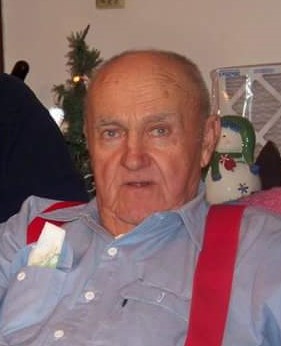 Thomas W. Shimek, 87, of Secretary, Maryland passed away Friday evening April 3, 2020 at the home of his son and daughter-in-law.
Born in Cambridge on October 14, 1932, he was a son of the late Joseph Franklin Shimek and Agnes Clara Bame Shimek.
Tom attended the local schools and graduated from the former East New Market High School.
He later joined the U.S. Army and served his country.  After being honorably discharged he married the former Elsie Baker and together raised two sons.
Tom was a self-employed waterman and also a collector of anything he could get his hands on.  Many will miss his dry sense of humor and throwing their hand up to him while riding the roads in his pickup truck.
He is survived by his wife Elsie; two sons Joseph W. Shimek and his wife Susan, Steven L. Shimek and his wife Ginger; grandchildren William and Caroline Shimek; sister-in-laws Rebecca Stanley, Sarah E. SanJean and Suzanne Shimek; a niece Emily and nephew Tommy.
Preceding him in death besides his parents was a son Thomas W. Shimek, Jr., a brother Joseph “Emil” Shimek, a brother-in-law Harvey Stanley and a step granddaughter Samantha.
Services will be private per Tom’s wishes. Interment will be in Our Lady of Good Counsel Catholic Church Cemetery.

In lieu of flowers, contributions in Tom’s name can be sent to Coastal Hospice Foundation, P.O. Box 1733, Salisbury, MD 21802.

To order memorial trees or send flowers to the family in memory of Thomas Shimek, please visit our flower store.