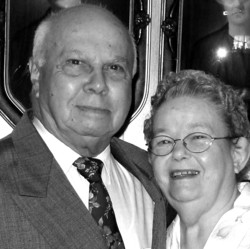 Thomas (Tom) Franklin Webster, Sr., 87, formerly of Sharptown, MD, passed away on Monday, November 16, 2015, at Signature Health Center Mallard Bay in Cambridge, MD. Tom was born March 7, 1928, to Dorothy and Captain Dave Webster in Hebron, MD. He was one of eight children, and his only surviving sibling is Warren Webster and his wife, Sarah, of Laurel, DE.
In 1948, Tom married Ruth Fogle of Bloomsburg, PA. For 65 years, Tom and Ruth exemplified a wonderful love story. They displayed a lifetime commitment to each other, providing to their family and friends role models of faith, family and love. In 2013, Ruth preceded Tom in death.
Tom was a Navy Veteran, serving our country in 1946 on the USS Taconic and the USS Roosevelt, later receiving the Victory Medal.
Tom was an appliance repairman for over 20 years at Shore Appliance Center in Salisbury, MD. He previously worked at McGee Carpet Company in Bloomsburg, PA, for more than 20 years. For his entire life, Tom also loved farming.
To his family and friends, Tom was known as “the guy who could fix or repair anything”. He played the guitar and loved to sing country and Gospel hymns.
In his earlier years, he sometimes sung in church with Warren. Later in life, he sung with his wife and children as a family band. Each year, his family band sung at the Pennsylvania State Fair. Buck Owens was his all-time favorite country singer.
Tom served on several committees at Mt. Vernon United Methodist Church in Sharptown, MD, and was very active in his church until health issues caused his move to Cambridge. He was also a former Sharptown Lion’s Club member.
Happy “Pappy”, as he was known to his grandchildren, was preceded in death by two infant brothers, Billy and Johnny; his brothers, David and William Webster; and two sisters, Louise Beauchamp and Joyce Ann Phippin.
Tom and Ruth were the parents of three children. Surviving Tom is his daughter, Pamela Irene Dilmore of Tunkhannock, PA. Two children, Thomas F. Webster, Jr., and Colleen Webster, as well as his oldest granddaughter, Jill Webster, preceded him in death. Also surviving Tom are David’s wife, Rosie Webster of Parsonsburg, MD; five grandchildren, Steven Webster of Delmar, DE; Jennifer White of Troy, PA; Carrie Ann Snyder of Romansville, PA; Rebecca Daniels of Tunkhannock, PA; Marcia Wilcox of Troy, PA; and five great-grandchildren, Cheyenne White, Madelyn Daniels, Sheridan Wilcox, James Webster and Adam Snyder. Tom is also survived by his extended family members, John, Irene and Catherine Hansen of Cambridge, MD and Carol Mas of Berwick, PA. In addition, he has many cousins, nieces and nephews in Pennsylvania and on the Eastern shore of Maryland.
Tom made arrangements in 2012 to donate his body to the Maryland Anatomy Board to help in Alzheimer’s research.
In lieu of flowers, the family kindly requests memorial donations be made to the Alzheimer’s Foundation or to Mount Vernon United Methodist Church, Attn: Janice Wright, P. O. Box 187, Sharptown, MD 21861.

To order memorial trees or send flowers to the family in memory of Thomas Webster, Sr, please visit our flower store.