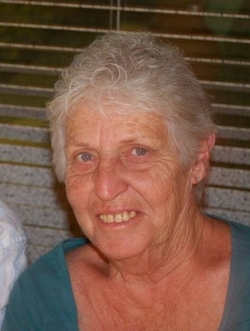 
Veronica L. Buck, 73, of Cambridge, MD, passed away peacefully at her home early Monday, December 1, 2014 with her husband and children by her side.

Throughout her life, Vicky served as a volunteer for various community activities and organizations and was an active member of local, state, and national garden clubs and a member of the U.S. Coast Guard Auxiliary. She was an avid gardener, and later in life found her talent and joy of photography. She dedicated her life to her family, and opened her home and heart to many.

A viewing will be held Thursday evening, December 4, 2014 from 6:00 till 8:00 p.m. at Newcomb and Collins Funeral Home, P.A., Cambridge.
Funeral service will be Friday, December 5, 2014 beginning 10:30 a.m. at the funeral home. The family will also receive friends the hour prior to the service. Committal service will follow at Eastern Shore Veterans Cemetery, Hurlock beginning 12:00 noon. Father William Lawler will officiate.

In lieu of flowers, the family is requesting that donations be made out to Coastal Hospice Foundation, P.O. Box 1733, Salisbury, Maryland 21802

To order memorial trees or send flowers to the family in memory of Veronica Buck, please visit our flower store.