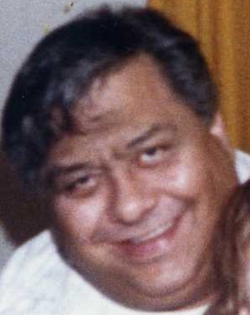 Vincent Barone Jr., 75, of East New Market passed away peacefully at his home after a lengthy illness on Friday, February 10, 2012.
Born November 10, 1936 in Staten Island, New York, he was the son of the late Vincent Sr. and Amelia Nepo Barone.
Vincent attended public schools in the New York area. He joined the U.S. Navy in 1953 serving twenty years with the rank of Chief Petty Officer and retired in 1973. He served in the Korean and Vietnam War.
On February 16, 1963, Vincent married Patricia DeAngelo and together raised six children.
He was a member of St. Mary’s Refuge of Sinners Catholic Church and was in attendance until his health forced him to remain at home.
Vincent was a member of the American Legion Post #91. He also was a certified “Bob Ross” Instructor and taught art classes at the Senior Center in Kent Island and the Greensboro Trading Post. Painting and taking care of his pet dogs were two of his favorite past times.
Surviving is his wife Patricia of 49 years and six children; Lisa Miguel and husband Ricardo; Tracy Barone and wife Glenda; Gabrielle Smith and husband Paul; Mario Barone and wife Denise; Jacqueline Horner and husband Stephen and Carlo Barone. A brother, Robert Barone, two sisters, Angelina Muscori and Jean Randazzo. Several grandchildren and great grandchildren.
Preceding him in death besides his parents are two grandsons, Garrett Lee Hartford and James Pasquele Barone.
Funeral Services will be held on Friday, February 17, 2012 beginning 2:00 p.m. with military honors at the Newcomb and Collins Funeral Home, P.A. (formerly Curran-Bromwell) Cambridge. Visitation will be held Thursday evening from 6:00 to 8:00 p.m. and also one hour prior to the service. Officiating at the service will be Father Bruce Byrolly. Burial will be private.
In lieu of flowers, memorial contributions in memory of Vincent may be sent to Coastal Hospice Foundation, P.O. Box 1733, Salisbury, MD 21802.
To send online condolences, please visit www.newcombcollins.com.

To order memorial trees or send flowers to the family in memory of Vincent Barone, please visit our flower store.
Send a Sympathy Card