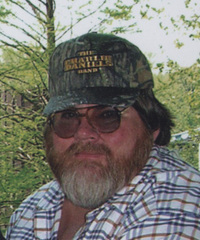 Born on July 22, 1955 in Cambridge, MD, he was the son of Helen F. Stewart McCarty of East New Market, MD and the late John Warner McCarty, Jr.

Wayne was a graduate of North Dorchester High School, Class of 1974.

For most of his working life, he was self employed as a mechanic with Federal Paper & Chemical (FPC).

Wayne was a member of the Marshy Hope Rod & Gun Club and White Marsh Hunting Club. An avid hunter, he also liked boating, fishing, crabbing and skeet shooting. He enjoyed traveling with his family and visited all 48 states of the Continental United States. He also visited Nova Scotia and the Panama Canal.

He owned an antique 1979 Harley-Davidson Motorcycle and 1953 Ford Pick Up, enjoying participation in antique car shows in Pennsylvania and Delaware.

Wayne was a good husband and provider. He cared deeply for his family and friends and took great pride in his work.

The family will receive friends Friday, April 10th from Noon until 2:00 p.m. at Curran-Bromwell Funeral Home, 308 High St., Cambridge, where the funeral service will be held at 2:00 p.m. Officiating at the service will be Raymond H. Simmons, Jr., cousin to the deceased. Burial will follow at East New Market Cemetery.


To order memorial trees or send flowers to the family in memory of WAYNE MCCARTY, please visit our flower store.
Send a Sympathy Card