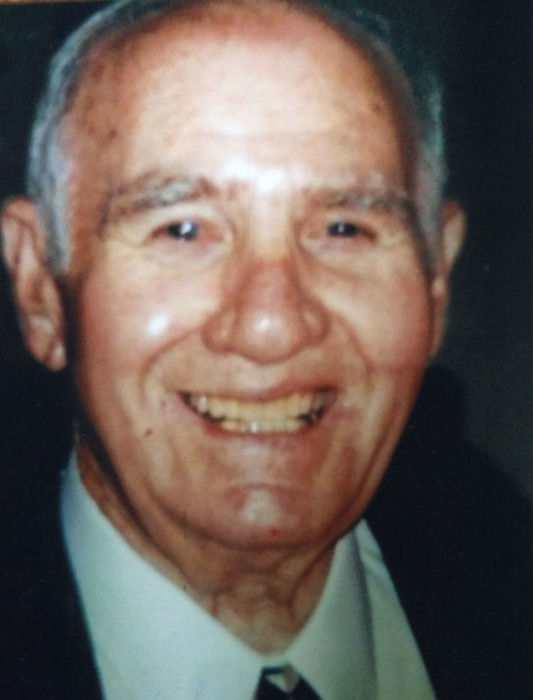 Wendell Olie Foxwell, 94, of Cambridge passed away peacefully the morning of April 10, 2020 at UMSMC@Dorchester with his daughter at his side.

Born March 1, 1926 in Crapo, he was a son of the late Olie L. and Mattie V. Foxwell. During his years of attending local schools, he also helped out on the family farm. He graduated from high school at age 16 in 1942. Wendell went on to proudly serve his country as a US Marine during the Korean conflict and was honorably discharged with the rank of Sergeant.

Upon returning home Wendell married his first wife, Margaret (Peggy). They were blessed with two children, Stephen and Kathie. Peggy passed away in 1971.

After his military service, Wendell began a long career in automotive sales, commencing with B. J. Linthicum and Sons, and continuing with the dealership after the business was sold and moved from Race Street to Route 50. He said he had a successful career by following the Golden Rule, treating people right, being honest, telling the truth and giving good advice. Over the years he received many awards and accolades for his work. When retiring in 2006 after over 57 years in the business, he was gratified by the fact that he had sold vehicles to four generations and cherished the many friends and relationships he had made.

Wendell married his second wife Bertha Rogers in 1972. After only a couple months of marriage, she passed away suddenly. In 1976 he married Alice Schuyler. Together they enjoyed 41  years of marriage before her passing in 2017.

As a younger man, Wendell was very active in many athletic endeavors including softball, and participating in several local bowling leagues. Every year he had a garden. He loved to see things grow and enjoyed giving most of the produce to friends and neighbors. Reading was a favorite pastime and he read several papers every day.

During his latter years he “dabbled” in local politics and liked to attend the City and County Council meetings and was an active participant.  He had a substantial interest in Cambridge and the community; he served on many boards including City Zoning Board of Appeals, County Zoning Board of Appeals, Dorchester County Social Services, Dorchester General Hospital Association Board, Senior Citizens Board and United Agency Board.

Wendell was a member of the VFW, American Legion Post 91, Elks Lodge and other organizations. He also was a man of great faith, and a dedicated member of First Baptist Church of Cambridge.

Wendell was beloved by family and his many friends. He had a warm and gracious personality that endeared him to those he met. He enjoyed being around people and treated everyone as a friend. His kindness, warmth and generosity will be missed by many.

Preceding him in death besides his parents and wives is a brother Kermit Foxwell.

Due to the current COVID-19 pandemic, Wendell will be laid to rest at Dorchester Memorial Park during a private service. A memorial service will be held later during the summer.

Wendell’s wishes was to have his grandchildren, step children, son in law and nephew serve as his pallbearers.

In lieu of flowers memorial donations should be made to the First Baptist Church of Cambridge.

To order memorial trees or send flowers to the family in memory of Wendell Foxwell, please visit our flower store.