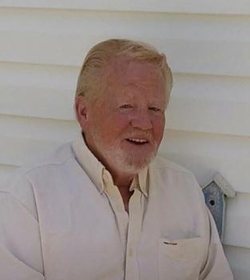 William H. "Bill" Bayless, Jr., 70, of Cambridge, Maryland passed away peacefully at his home surrounded in love by his family.
Born on October 31, 1945 in Baltimore, Maryland he was a son of the late William H. Bayless, Sr. and Elizabeth Hunt Bayless.
Bill attended the local schools in Baltimore and graduated from Catonsville High School.
After graduation he became interested in carpentry and later became a self-employed contractor. Bill enjoyed volunteering his time at the Lighthouse at Long Wharf. Bill's family and friends were the light of his life and he will truly be missed by each and every one of them.
Bill was a loyal friend of Bill W. and would like to remind everyone to live as he did; one day at a time, Happy, Joyous and Free.
He is survived by his wife Cindy; four daughters Angie Baker (Kevin), Danielle Bradley (Leo), Hanna Bayless and Kayla Bayless; six grandchildren whom he dearly loved Chris, Amanda, Michael, Brice, Elizabeth and Teagan; a sister Elizabeth Ferguson.
Preceding him in death besides his parents was a brother Thomas Bayless.
A Celebration of Life will be held on Thursday, November 19, 2015 beginning 2 p.m. at St. Mary, Refuge of Sinners Catholic Church, 1515 Glasgow Street, Cambridge, Maryland with Rev. William Lawler officiating. Family will receive friends from 1:00-2:00 at the church.
In lieu of flowers, contributions in memory of Bill can be sent to the American Cancer Society, P.O. Box 163, Salisbury, MD 21803 or a charity of one’s choice.
To share online condolences with the family, please visit www.newcombcollins.com


Memorial Donations Memorial donations can be made to:
American Cancer Society, P.O. Box 163, Salisbury, MD 21803 or to a charity of one's choice

To order memorial trees or send flowers to the family in memory of William Bayless, Jr, please visit our flower store.
Send a Sympathy Card