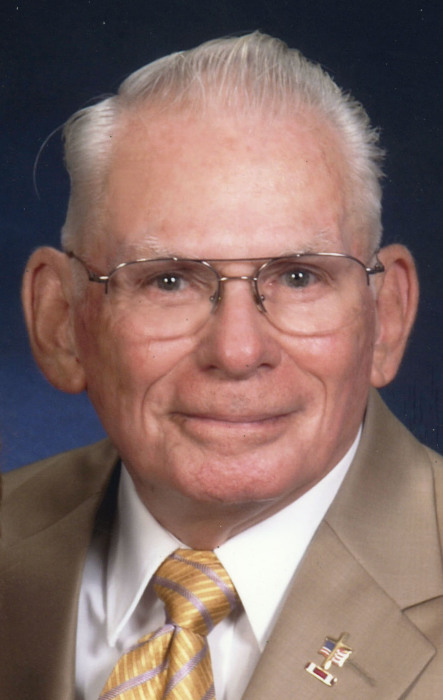 Born June 3, 1934 in Cambridge, Randall was a son of the late Mildred Marshall Bradshaw and Noble Linwood Bradshaw.  He attended the local schools and graduated from Cambridge High.

After his graduation, Randall enlisted in the U.S. Air Force. He served in both the Korean and Vietnam Wars reaching the rank of Senior Master Sergeant before retiring in 1975 with almost 23 years of faithful service. He was awarded the Meritorious Service, Joint Service Comm, USAF Good Conduct, Army Good Conduct, National Defense Service, Korean and Vietnam Service, RVN Gall Cross and the UN Korean Service Medals.

On November 9, 1961 Randall married the former Barbara Ann Lawson. They were blessed with three sons. Barbara passed away January 23, 1988.

Upon his returning to civilian life, Randall began a career with Perdue Foods. Starting on the line he worked his way up to Quality Control Supervisor.

Randall and his second wife Ruth Ann, whom he married on June 17, 1989, were active members of St. Paul’s United Methodist Church. Randall was involved in all the church functions, the soup days, the flower fairs and will always be remembered for the famous oyster sandwiches. Ruth Ann passed away February 21, 2015.

Always a very active person, Randall enjoyed genealogy and had compiled detail Tombstone records of a number of the local cemeteries.

Preceding him in death besides his parents and wives was a brother Robert F. Bradshaw and a son Lawson B. Bradshaw.

A funeral service will be held on Thursday, April 25, 2019 beginning 1:00 pm at Newcomb and Collins Funeral Home, P.A., Cambridge. The family will receive friends the hour prior to the service. Officiating will be long time friend Rev. A. Delmer Willey, Jr.

In lieu of flowers, donations in memory of Randall can be made to Coastal Hospice Foundation, PO Box 1733, Salisbury, MD 21802.

To order memorial trees or send flowers to the family in memory of William Bradshaw, Sr., please visit our flower store.