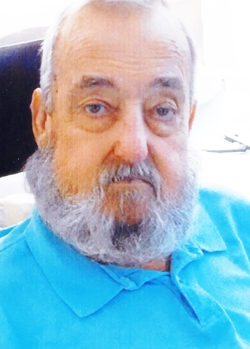 
William G. LaChappelle, Jr., 82, of North Stoneington, Connecticut, formerly of Cambridge, departed this earth on August 31, 2015.
Born on May 24, 1933, he was a son of the late Stella and William LaChappelle, Sr. of Rhode Island. As a young man he entered the US Navy and served his country during the Korean Conflict from 1952 till 1956. Bill was a thrill seeker and stuntman. He drove for the “Hurricane Helldrivers” entertaining crowds at thrill shows. He also was a clown known as “Sweet Pea” at the shows which brought many smiles and laughs to kids of all ages.
In 1955 he married the former Barbara Shorter. Surviving are his two daughters from that marriage, Melody LaChappelle of Cambridge, MD and Faith Cannon of Crisfield, MD.
His second marriage to wife Grace blessed him with a son William G. LaChappelle III and wife Felicia of Palm Bay, FL. He is surving as well as his two daughters from his third marriage to wife Georgia, Melissa and Michelle, both of California.
Also surviving are his siblings Barbara, John and Benny, all of Rhode Island; five grandchildren; three great-grandchildren along with numerous nieces and nephews.
Preceding him in death besides his parents are brothers Dennis, Kenny, Donald and a very special friend of 45 years Peggy Verhasselt.
Services will be held at a later date in Rhode Island.


To order memorial trees or send flowers to the family in memory of William LaChappelle, Jr, please visit our flower store.
Send a Sympathy Card