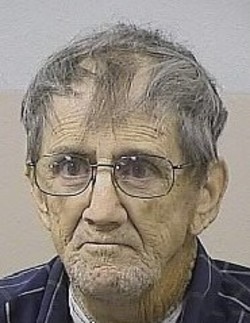 William Henry McCullom, 69, of Salisbury, Maryland passed away on, Friday, August 4, 2017 at Salisbury Rehab and Nursing Center after a prolonged illness.

Born on February 11, 1948 in Baltimore, Maryland, he was the son of the late Morton J. McCullom, Sr. and Bessie Mae Potter McCullom.

After graduating from high school, William later joined the U.S. Army and served his country. He was honorably discharged in 1996 as an E6.

On January 8, 2003 in Dover Delaware, William married his wife Janice and together made their home in Salisbury.

William had worked as a clerk in the local liquor dispensary.

After retirement he enjoyed fishing and watching the geese at the Leonard’s Mill Pond. Taking his dog “Princess” to the flea market and catching the deals was a highlight in William’s life.

Surviving him besides his wife Janice are two sisters Janet L. Boecker and Anna M. Dawson; also a niece Chrissy.

Services will be held at the Maryland Eastern Shore Veterans Cemetery in Hurlock at a later date.

To order memorial trees or send flowers to the family in memory of William McCullom, please visit our flower store.
Send a Sympathy Card