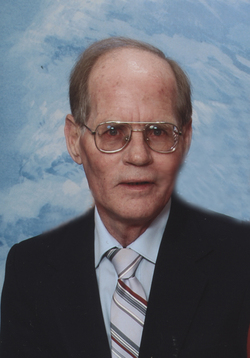 Born on November 11, 1947 in Cambridge, MD, he was the son of the late Howard Alvin Mills and Betty Brannock Nepert. Mr. Mills was a twin brother to Lawrence A. Mills and loved him immensely.

Mr. Mills was a graduate of North Dorchester High School, Class of 1966 and immediately was employed by the Maryland State Police, Centreville, as a Barracks Clerk. In December of 1966 he was transferred to the Easton Barrack until being drafted in the military on December 13, 1967. He served three years with the U.S. Army including a tour of duty in Southeast Asia (The Republic of Vietnam) from August 1967 to July of 1969. He was honorably discharged with the rank of Specialist 5 and was awarded the Bronze Star medal, Army Commendation among others.

In January of 1971 he married the former Nancy Carolyn Dupree of Laurel, Maryland from this union was a son William Howard Mills, Jr.

In August of 1981 he married Karen Ann Tregoe.

He became very close to the children Brian Tregoe and his sister Julie Ann Gilliard with whom he has maintained a long and very special relationship. Julie was the special love of his life and he adored his two step-grandsons Aaron and Trent Gilliard who brought him many hours of pleasure.

On May 31, 2010 he retired from the State of Maryland as an Investigator with the Motor Vehicle Administration having served forty three years. He was the recipient of two Governor's Citations.

Preceding him in death besides his parents was a brother Darcy Mills in 1959 and sister Katherine Foxwell in 2004.

Mr. Mill's wishes were to be cremated. A Celebration of Life will be held at 1:00 time on Tuesday, September 13th at Curran-Bromwell Funeral Home, P.A., where the family will receive friends one hour prior to the service. Officiating at the service will be Pastor Robert "Bob" Hawkins and assisting will be friends Mr. Alan Sherman and Mayor Joyce Spratt.

To order memorial trees or send flowers to the family in memory of William Mills, Sr, please visit our flower store.
Send a Sympathy Card